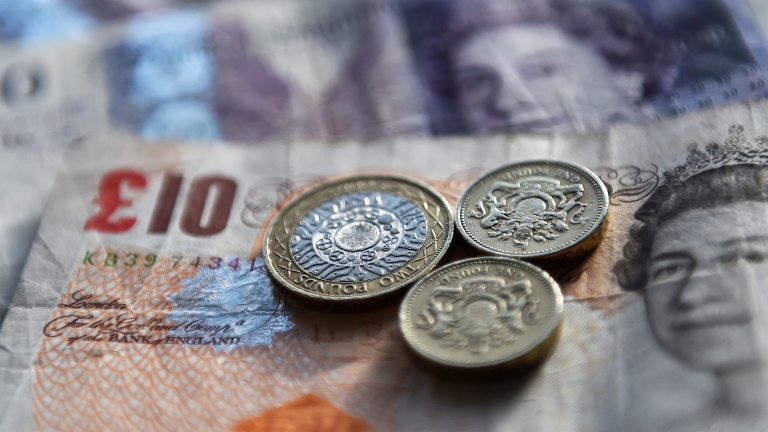 The British pound is trading near its highest levels in almost a week against both the dollar and the euro, as the broadly strong dollar kept the pound near levels hit on Friday.

Rising inflation expectations early last week led bond yields to rise and risk aversion in the stock markets, which pushed the Pound to its lowest levels since December 2020. The Pound is moving closely with the global risk sentiment.

The Pound made a temporary recovery in the last days of last week, hitting 1.3576, its highest level since September 28th. But it is still down about 0.8% over the year against the US dollar.

Sterling was one of the top performing G10 currencies against the dollar in the first half of 2021, buoyed by what is known as global Reflation trade and optimism over the British vaccination program. But the post-Brexit aftermath has left Britain facing a host of problems from labor shortages in supply chains and disputes with the European Union over Northern Ireland.

The shortage of workers after Brexit and the spread of the Coronavirus epidemic has caused chaos in some sectors of the economy, disrupting shipments of fuel and medicine.

British newspapers reported that the Brexit Secretary has drawn up proposals to permanently replace the Northern Ireland Protocol, which is part of the Brexit deal, and the government will decide by the end of next month. The Times newspaper reports that ministers are due to make a decision by the end of next month on whether to suspend Northern Ireland's unilateral exit deal.

Technically, the pound is close to retesting a strong resistance area around the 1.36 levels, and with trading remaining below that range, it may put more selling pressure on the pair to return to the downside again.