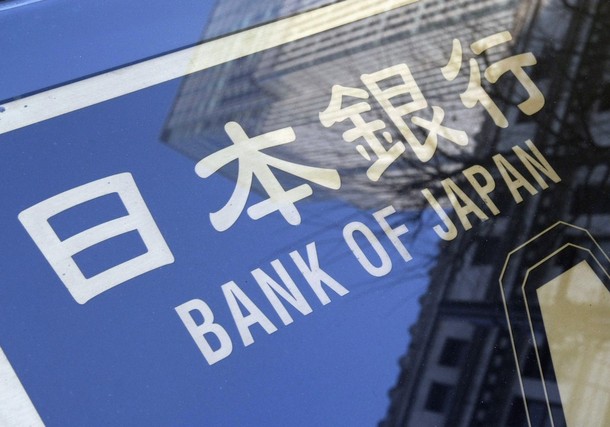 BOJ to cut inflation forecasts, hold off on easing: sources

By Reuters : Japan's central bank will cut its inflation forecasts but hold off expanding stimulus this month, people familiar with the matter say, in another sign the bank is retreating from Governor Haruhiko Kuroda's initial pledge to do whatever it takes to achieve his ambitious inflation target.
The inflation downgrade would be a fresh blow to Kuroda less than a year before his tenure ends next April, and underscores the challenges the central bank faces in using monetary stimulus to both lift prices and convince the public that its policies are working.
The Bank of Japan's nine-member board will seek to explain why the strength in the economy has yet to translate into inflation, a dilemma they are struggling with as wages and prices remain stubbornly weak, say sources familiar with its thinking.
"Given the economy is in such a good shape, it's hard to explain why inflation remains so weak. This will be among key topics of debate at this month's BOJ meeting," said one of the sources, a view echoed by two other sources.
At a rate review on July 19-20, the BOJ is set to keep monetary policy steady and offer a more upbeat assessment of the economy than it did in June to say it is expanding moderately, reflecting robust business sentiment and consumption, the sources said.
But the BOJ is likely to cut its inflation forecast for the current year ending in March 2018, and possibly that for the following year, in a quarterly review of its long-term projections to be released on July 20, they said.
At its April policy meeting, the BOJ said it expects core consumer inflation to hit 1.4 percent in the current fiscal year and 1.7 percent in fiscal 2018. That exceeds a Reuters poll projecting inflation of 0.7 percent in the current year and 0.8 percent the following year.
The downgrades will likely be minor and reflect the effect of recent oil price falls, companies' reluctance to raise prices and weak inflation expectations, the sources said.
DEARTH OF AMMUNITION
Japan's economy expanded an annualized 1.0 percent in the first quarter on robust exports and household spending, while business confidence hit a three-year high in the three months to June, adding to signs the economic recovery is gaining pace.
The output gap was positive for the third straight quarter in January-March, BOJ data showed on Wednesday, a sign the economy was growing comfortably above its potential.
But core consumer prices rose just 0.4 percent in May from a year earlier, well below the BOJ's 2 percent target. Tokyo inflation, a leading indicator of nationwide prices, was flat in June from a year earlier, stunning BOJ officials who expected a stronger reading given recent signs of life in consumption.
Despite the gloomy outlook on inflation that could lead to further delays in achieving its price target, the BOJ is wary of ramping up stimulus due to a dearth of policy options.
"The economy is in good shape, so it's time to wait for the positive effects to push up prices," one of the sources said.
The sources say the BOJ will only act if a severe external shock, such as an unwelcome yen spike, threatens the recovery.
The reluctance to ease contrasts with Kuroda's pledge four years ago that he "won't hesitate to act" to hit his target.
"If the BOJ were to loosen policy, it will deepen negative interest rates or lower its bond yield target. Either way, the cost would be huge, so the bank won't act easily," said Izuru Kato, chief economist at Totan Research.