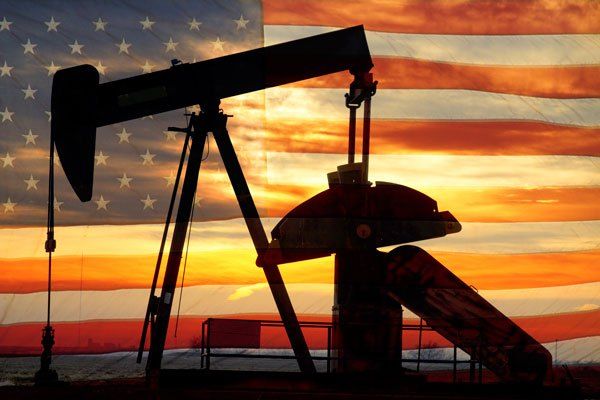 The world’s biggest producer of crude found itself in an unusual situation in which its oil was less than worthless. Prices of the benchmark West Texas Intermediate (WTI) futures contracts crashed into negative territory for the first time in history. The drop is the result of both global phenomena and local isolation conditions. Around the world the supply of oil far exceeds demand as governments try to limit the spread of COVID-19. Citizens are no longer driving to work; planes remain on the ground. Steps to restrain production and support prices have been grand in scope, but so far, limited in effect.

A futures contract is a legal agreement to buy or sell a particular asset, or security, at a predetermined price at a specified time in the future. These contracts trade in monthly settlements, which expire a few days before the month begins. For example, May 2020 WTI crude futures expire on April 21. However, if a trader wants to hold an expiring futures contract longer, he must roll the contract forward to a future month, which is usually at a premium to the expiring month.

This is typically done a week or so before the expiring contract so that there is still plenty of liquidity and no margin for errors. Otherwise one would have to take delivery of the product and each single contract of WTI crude oil is equal to 1,000 U.S. barrels. The fact is that there is an increase in oil supply in the market due to the economic slowdown caused by the outbreak of the coronavirus, while the demand side of the equation has been significantly affected, forcing a heavy drop in prices.

Moreover, in February, Russia refused to cut back production with OPEC. Therefore, Saudi Arabia decided they would not cut back either, which turned the pumps on full throttle. Oil is being stored on barges out at sea right now because there is nowhere else for it to be stored, which has increased the supply side. When the demand is greater than supply, the price goes up. When demand is less than the supply side, the price goes down.

What happened on April 20?

On April 20, the May contract for WTI futures fell below zero for the first time, the day before the contract expired. This means that oil producers are paying buyers to take the commodity off their hands over fears that storage capacity could run out in May.

Most futures contracts to be rolled to June had already been done, so liquidity in the May contract was already thin. As the day wore on, there were still those who needed to get out, however the price of the June contract was relatively stable between $22 and $23. Therefore, as the price of the May contract moved lower, the premium that holders had to pay to roll to the June contract became more expensive. This led to eventual capitulation of the holders of the remaining May contracts and the “get me out at any price” mentality so they would not have to take delivery.

This year, 2020, has seen the collapse of crude oil prices as demand disappeared due to the global economic shutdown that has paralysed the world's economies. Oil prices have fallen more than 90% as the industry is plagued with overproduction and disappearing demand.

On April 12, OPEC and its allies agreed to cut 9.7m barrels a day from the market in May and June, a record equivalent to about 10% of global supply. However, even on the assumption that these members of the alliance will stick to the deal, history suggests otherwise, and demand is plunging further. The International Energy Agency expects demand to sink by 29m barrels a day this month.

This mismatch is a huge problem for US shale companies. In March and April, US producers continued to pump even when refineries refused their oil, and storage tanks filled quickly. April 21 is the last trading day for oil to be delivered in May to Cushing, Oklahoma, the physical hub for futures traded in New York. The plunge in WTI on April 20 reflected the panicked realisation that oil may have nowhere to go.

America’s president, Donald Trump, has done his best to help the energy sector by brokering the OPEC deal and insisted last week that the industry would recover “far faster” than anticipated.

Since the crisis began, countries such as Canada, Iraq and Venezuela have accounted for the majority of production shut-ins. Producers often continue to operate at a loss rather than halt output, as it can be costly to restart operations and closed reservoirs may be damaged permanently.

What does this mean for traders?

Given that there is a huge glut in supply, the key will be on the demand side. Traders who own June contracts believe that demand will pick up to the point where enough US light crude oil will be needed so that it will be worth $21.00 a barrel. However, if demand does not pick up, or if oil producing countries don’t abide by the supply cut, then prices could move lower and the same thing may happen at expiration to those who haven’t rolled to the July contract.

The price of June WTI crude oil contracts are currently trading above $21.00. Owners of May WTI oil futures contracts will take delivery if they don’t get out today. There is still one day left in the May contract and at the time of writing it's bounced back, and owners of the May contract can get out at a positive price.