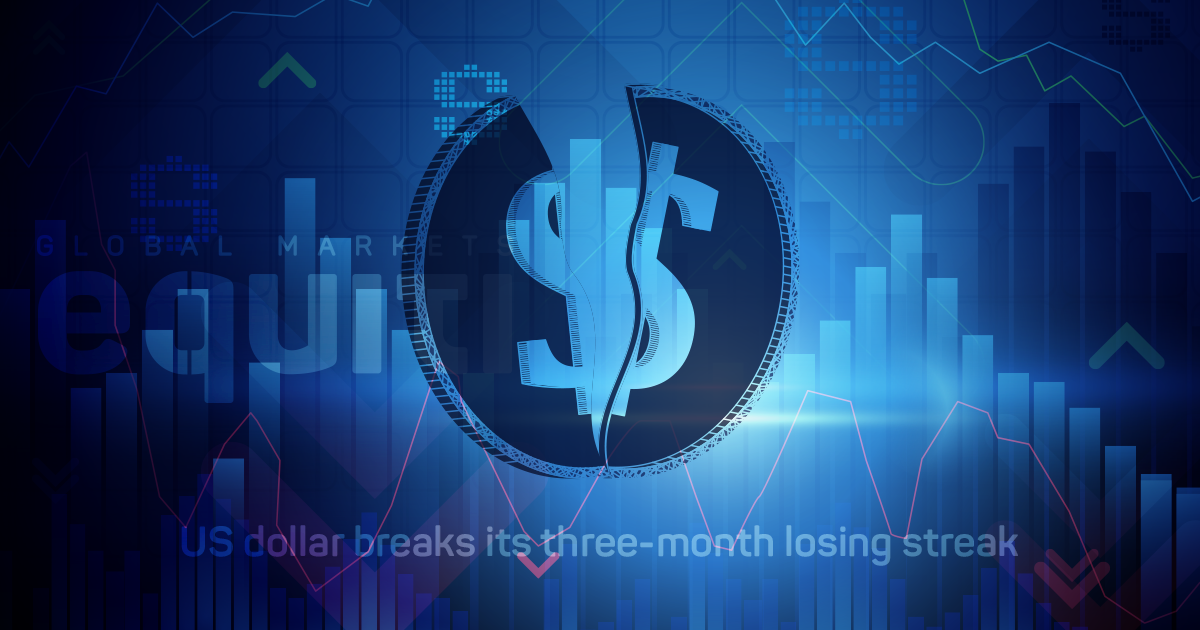 It seems the US Dollar Index has finally found some buying support as we approach the end of February, and it’s been all about the the number three this month.

The index has snapped a three-month losing streak and will close the month in the green for the first time since October. Volatility remained high for the dollar this month – with the index trading in a 3 per cent band. At the time of writing, the per cent gain on the month was roughly 0.3 per cent higher. It’s these later two points that indicate that February’s performance may be a blip in the dollar’s performance.

Despite the elevated volatility, the gains in the greenback have not kept up with the positive growth seen in the US data docket in February. The most recent US payrolls data showed 200,000 new jobs were added in January (comfortably above expectations) while the overall unemployment rate held at 4.1 per cent.

Wage growth continued at 3 per cent; this is in line with expectations and reflects a yearly gain at 2.9 per cent - the highest rate in almost nine years. The better than expected jobs data preceded US inflationary data which showed that core prices increased more than expected on the year (1.8 per cent actual versus 1.7 per cent expected) while prices including food and energy increased 0.5 per cent from an expected 0.3 per cent and a previous reading of 0.2 cent.

Remember that inflation figures and payrolls data form the basis of Fed policy; and despite a infinitely better run on both prints, markets remained unimpressed and there was no upward rally in line with improving . Politically, the Trump administration seem to be very content with a weaker dollar (read passive aggressive trade wars). Combine this with the fact the Fed are well and truly in the middle of their rate hiking cycle (with three more expected this year), and market participants will turn their attention towards any European Central Bank and Bank of England action due this year. My dollar bearish bias - a view I have held since the beginning of the fourth quarter last year - remains unchanged going into the end of the first quarter of 2018.

I expect the Dollar Index to test the 200 month exponential moving average at 88.90 levels once more before the end of the first quarter, a break of which could expose the 88 handle that forms the lower boundary of the monthly Ichimoku - the indicator used to predict future market movement.

This dollar bias sentiment would suggest that further upsides are expected in EUR/USD. After a solid run in the past three months, we have seen a bit of retracement in the euro through February. However the Dubai Gold & Commodities Exchange EUR/USD contract is poised to make another good run towards 1.2540 levels through the early parts of March. I believe opportunities continue to also exist in the Canadian dollar. Last month our target of 1.2350 given on January 22 was filled (the Loonie strengthened to 1.2260 on February 1) before eventually falling back to the current 1.26 levels. Considering the recent move, triggering positions at 1.2650 or above with a downside target at 1.24 would provide immense value through the end of the first quarter.

And finally, with weakness expected in the dollar, long positions at the foot of the current gold selloff may also provide opportunities going forward. Look for a move towards 1306-1310 before considering initiating long positions.

The key data points remaining in February is the US quarterly GDP figure due out on February 28 - it is expected to come in at 2.5 per cent versus its previous 2.6 per cent - and the French GDP reading releasing in Paris on the same date, expected at 0.5 per cent. Then there will be a key run of intense March data which includes the European Central Rate decision on March 8 and the US nonfarm payroll data due out on March 9.

Gaurav Kashyap is a market strategist at Equiti Global Markets