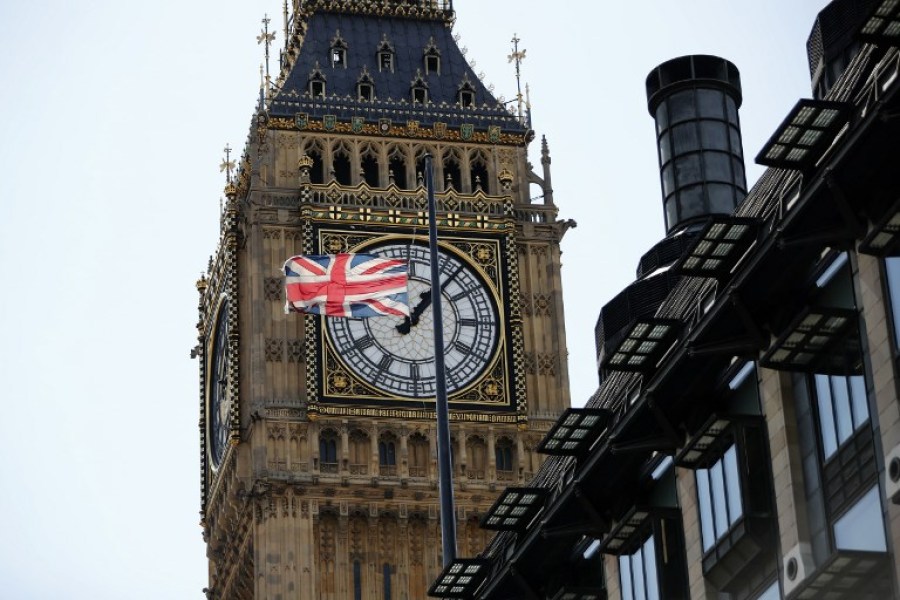 How will COVID-19 impact Brexit prospects?

Politicians and commentators have mixed feelings over whether Britain should, in the wake of the pandemic, stay allied to EU rules for a longer period. On 31 January, the face of London's famous Big Ben clock was projected onto the front of 10 Downing Street to mark the end of almost half a century of Britain's membership of the EU. However, with the world experiencing severe economic impacts from the coronavirus pandemic, fresh talks between British and EU negotiators to seek a permanent trade deal resumed on 20 April. The meeting, which was put on hold for almost two months because of the pandemic, was not fruitful.

The meeting resulted in Downing Street's refusal to extend the Brexit transition period, partly based on concerns that the EU would demand massive payments to help deal with the impact of COVID-19. While Johnson's official spokesperson continues to insist on adherence to the current deadline and transition period, political commentators believe the pandemic will force a change, with the transition period continuing into 2021 or even later.

With COVID-19 already leading to the postponement of the Olympics Games and the COP 26 global climate summit, many analysts suggest the adoption of a clause in the Brexit withdrawal treaty for the deadline to be extended by mutual agreement for up to one or two years. Although the current transition period expires on 31 December, an extension would have to be agreed in a matter of weeks, by June at the latest. Experience suggests that it may be too optimistic for an agreement to be reached in this time.

Conversely, some politicians believe that Brexit, or a no-deal Brexit trading under WTO rules, are not just ideological points, but the glue that holds Johnson's government together. While “Brexiters” realise they're about to inflict a double whammy on the stricken British populace, they reckon that the hit from Brexit will be effectively concealed by the hit from COVID-19. In other words, since the UK will be so badly damaged by the latter, no one will notice the effect of the former.

Before the outbreak what was Brexit’s economic impact on the UK economy?

Since the 2016 referendum, Britain has been deeply divided and unable to reach consensus until the 31 January 2020 deadline for leaving the EU was set. These divisions cost Theresa May her position as Prime Minister, to be succeeded by Boris Johnson, a strong supporter of Brexit. The economic effects of Brexit were a major area of debate during the referendum on UK membership of the European Union after the vote to leave.

There is consensus, even among proponents of Brexit, that there will be a short-term negative shock from leaving the EU. However, there is clear disagreement about the likely duration of this effect and whether the costs will be limited, or whether there will be permanent consequences.

Most of the latest macroeconomic models suggest that Brexit will cause a long-term loss of GDP for the UK economy compared with the status quo projections of remaining fully in the EU and its single market.

How has COVID-19 damaged the UK economy?

According to a study from the International Monetary Fund (IMF), Britain’s economy will shrink by a fifth during 2020 if full COVID-19 lockdowns remain in place for a year. There could be a much bigger hit if multiple peaks of the virus force ministers to keep stringent measures in place until April 2021. In these circumstances, the economy will contract by 19.6% this year, a recession three times as severe as that which followed the global financial crisis in 2008.

On his return to work, Boris Johnson said that it was too soon to ease the lockdown despite signs that physical distancing had led to a fall in the number of hospital deaths and the number of new cases of COVID-19.

The United Kingdom did not impose a mandatory stay-at-home order until 23 March, but with the economy overdependent on the services sector and already struggling from the Brexit mess, gross domestic product (GDP) is expected to have taken a major hit in Q1. Forecasts indicate that the total economic output will have tumbled by 2.5% over the quarter to March. On a yearly basis, GDP is estimated to have fallen by 2.1% – the largest annual contraction since the 2008/09 financial crisis.

The Office for Budget Responsibility (OBR), the independent body that provides economic forecasts for the government, has projected a fall of 35% in gross domestic product in the second quarter on the assumption that a full lockdown remains in place until the end of June.

The OBR's estimates said a three-month lockdown would push the UK's borrowing bill up to an estimated £273bn this financial year, or 14% of gross domestic product (GDP). This would represent the largest deficit as a share of GDP since World War Two.

While borrowing is expected to jump, the OBR said the government's unprecedented financial help for workers and businesses will help to limit any long-term damage. Unemployment is estimated to rise by 2.1 million to 3.4 million by the end of June. Under this scenario, unemployment will hit 10%, from its current rate of 3.9%, before easing to around 7.3% at the end of the year. The jobless rate is expected to remain elevated until 2023, when it is expected to drop back to 4%.

As for the manufacturing sector, COVID-19 isolation measures instituted at the end of March heavily affected the PMI which reflected the extent of the damage.

The reading was revised lower to 32.6 in April 2020 from a preliminary estimate of 32.9. The latest reading pointed to the steepest month of contraction in the sector since the survey began in January 1992, with output, new orders, exports and employment all falling at a record pace due to the pandemic, while vendor lead times lengthened to the greatest extent thus far.

No country, including the UK, will be spared from the devastating economic effects of the pandemic and the big question on everyone’s minds is: Can the British government's cast-iron, written-in-law guaranteed 31 December deadline survive the impact of COVID-19? Or will the UK try and negotiate a new date as the damage from the outbreak is too severe?