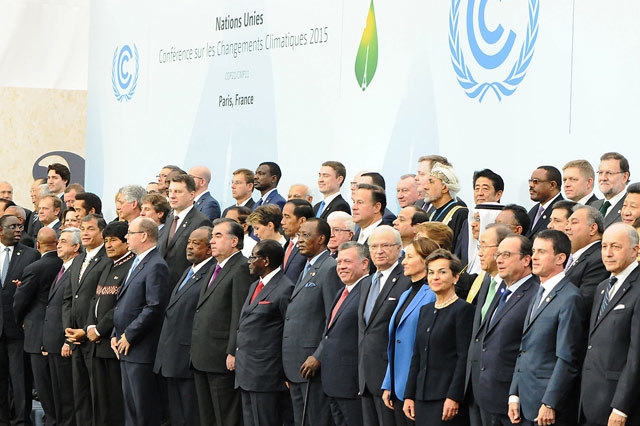 What the Paris Climate Agreement is and Why It Matters

US president Donald Trump announced on June 1st 2017 his country’s withdrawal from the global climate change agreement, denouncing it as a violation of US sovereignty and putting the country at odds with the majority of other countries in the world that have signed it.

In September 2012 President Francois Hollande nominated France as a host for a global climate conference in 2015, a move that was supported by the United Nations.

France decided to organize this conference in Paris on December 12, 2015. Le Bourget was chosen as the best location for delegation receptions in terms of logistics, in a 160,000-square meter space that accommodates 40,000 people.

This event is considered the largest political gathering since the signing of the Universal Declaration of Human Rights in Paris in 1948.

What is the Paris Agreement?

The Paris Agreement is a pledge by wealthy and poor countries alike to undertake an effort to specifically maintain global warming below 2 degrees Celsius.

This agreement is a substitute for the Kyoto Protocol which will be finalized in 2020.

It binds almost all countries of the world to fight climate change by reducing greenhouse gases, especially carbon dioxide.

The United States is the second largest polluter of carbon dioxide emissions after China.

Under this agreement, the United States committed to reduce carbon emissions by 26 to 28 percent by 2025.

The rest of the countries took a pledge to proportionally reduce their own greenhouse gas emissions.

US president Donald Trump announced on June 1st his withdrawal from the Paris Climate Agreement, considering it unfair to the United Stated and lambasting it as a threat to the US economy rather. Trump claimed that the agreement would cost the United States a loss of 2.7 million jobs by 2025.

Trump added that the agreement represents a distribution of US wealth in favor of other countries, while described pulling out from it as a benefit to the US economy. He said that dropping out from the agreement will not affect the environment, ensuring that his country would continue to take care of ecological issues.