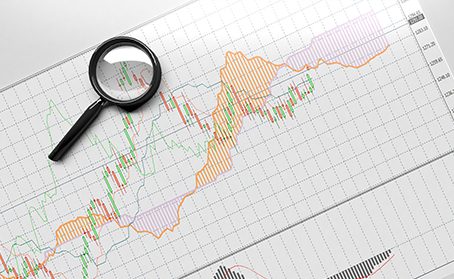 The European Union and the United Kingdom have agreed to continue negotiations for the trade deal beyond the last deadline on Sunday. A call between UK Prime Minister Boris Johnson and European Commission President Ursula von der Leyen added a fresh boost to pressure to get the deal done.

Boris Johnson, the British Prime Minister, is likely to leave the European Union without an agreement, which will have a negative impact on the British economy, and the consequent trade under the rules of the World Trade Organization and the importance of the Irish borders.

High hopes for a deal could mean a boost for some UK domestic equity sectors, such as banks and homebuilders.

On the other hand, Germany will enter a strict lockdown on Wednesday, with the closure of non-essential stores, and employers are urged to close workplaces and encourage schoolchildren to stay at home. The country is suffering from the second wave of the virus and is lagging many of its neighbors in keeping infection rates under control.

EURUSD also rose with the market opening a fast-covered price gap and approaching again to test the 1.2160/75 levels, which by surpassing it could open the door for the euro to rally to its highest levels since early April 2018 near the 1.24/1.25 levels.

In the context of trying to control the Coronavirus, US regulators voted to approve the Pfizer-BioNTech vaccine on Friday, and consultants for the Centers for Disease Control and Prevention voted to recommend its use, which removes one of the last hurdles before vaccines start distributing across the country with hospitals waiting It arrives.

The vaccine is due to be presented to President Donald Trump and senior officials within days. In Europe, the first vaccines may be approved by the end of the year.

With the start of morning trading, European and American stock futures rose along with Asian stocks, as investors are comforted by the imminent vaccine launch in the United States, the extension of Brexit talks and more negotiations on the stimulus law.

Important economic data is absent from the economic calendar today, and the oil market report issued by OPEC is due to be published, as crude oil continues its gains in light of the optimism that prevails in the markets from vaccines. Also, the US Electoral College is due to vote officially on Monday.

Chart of the day

Despite the decline of the US dollar against the Swiss franc over recent periods, we notice a positive divergence on the MACD indicator, which may push prices to surpass Friday’s high at 0.8908 and the Simple Moving Average 50, targeting a strong resistance area at 0.8982, to return to fall from it again. The breach of the 0.8850 level directly will open the door to a strong downside for the pair that may target the 0.8700 levels.