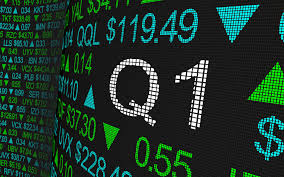 Coronavirus-earnings season: What to expect

The first quarter earnings season will be pivotal for investors. With not too much post COVID-19 economic data available thus far, the first direction will be the guidance of corporate executives which could be priceless. In a sense, while earnings and guidance will probably be gloomy overall, there might be huge contrasts between sectors.

The real challenge will be in forecasting the rest of the year, given the magnitude of the uncertainty over when the economy will reopen due to the COVID-19 outbreak, what that will look like, and what happens to the virus as restrictions are eased. Many companies aren’t ready to make those calls.

Apple faces many challenges before announcing its earnings results

Apple is set to announce its second-quarter results for fiscal year 2020 after the market closes today, amid the spread of the coronavirus that has infected more than three million people worldwide. The date of the annual announcement of the iPhone's launch is in question.

Despite the surrounding circumstances, Apple's stock recovered from its lowest levels since the start of the virus at the $212 levels, and rose by about 10% in April, compared to a decrease of 7% during the month of March.

Expectations are that Apple's earnings and revenue will record lower numbers than last year, whereas earnings per share is expected to record about $2.26 for the second quarter of fiscal year 2020. Revenue forecasts indicate $ 54.6 billion, which is lower than it was a year ago.

Suspicions have increased that under the current circumstances Apple may postpone or stop the release of its flagship iPhone 5G this year.

The company faces a challenge in the current circumstances as a result of the disruption in the supply chain and the potential weak demand from consumers due to the decline in household income because of the pandemic. This may cast a shadow on the demand for iPhones.

With many millions of people sheltering at home, the e-commerce giant has been deluged with demand so what is there not to like about Amazon as many believe in a buy and hold strategy ahead of earnings.

Amazon.com, Inc. is expected to report earnings on 04/30/2020 after market closes. Market consensus forecasts for EPS for the quarter is $6.36. The reported EPS for the same quarter last year was $7.09.

Bank of America analysts stated that the coronavirus epidemic caused an unprecedented increase in online shopping. Another analyst also raised the target share price at $2750, which is about 18% higher than the current share price.

Amazon shares recorded a nearly 30% rise since the beginning of the year despite the Dow Jones Index dropping by about 20% in the same period.

The economic shutdown has inflicted indescribable damage on smaller retailers and department store chains, but has done wonders for large companies like Amazon which have seen their stocks hit the roof with new records lately. With so many smaller players now facing default risks, both companies are in a very strong position to expand their dominance in the retail sector. Amazon’s cloud business is booming too.

Twitter’s first quarter earnings results were announced before the opening of the market today. The results for one of the most notable social networking sites are strong for the first quarter of 2020, despite expectations that its business would be affected by the spread of the coronavirus pandemic.

The earnings per share was announced at around 11 cents, and the quarterly revenue recorded was about $808 million, while the monetisable daily active users (mDAUs) from whom income was generated, reached about 166 million.

It was expected that the EPS would achieve a profit of 10 cents on the earnings of $776 million, and that the number of active users would reach 164 million. It is difficult to evaluate the earnings results in light of the spread of the coronavirus pandemic and its negative impact on global economies.

Given the spread of the pandemic and concomitant slow advertising revenue, Twitter did not provide any guidance for the second quarter, or for the rest of 2020 except to indicate that the company's plans to build a new data centre may be delayed which will affect capital spending for this year.

On the other hand, the number of active users recorded the strongest growth ever by 24% on an annual basis.

In the shareholders’ speech, Twitter said that the revenue growth of 3% was the result of a strong start to the first quarter before it was affected by widespread economic turmoil due to the spread of the coronavirus.

Advertising revenue totalled about $682 million, an increase of about $3 million from the previous year. According to Twitter, performance during the period from the beginning of January to the beginning of March was as expected, before receiving a hit due to the spread of the virus.  Revenue therefore decreased about 27% on an annual basis from March 11 to March 31.

From a technical perspective, we notice a rise in Twitter’s share price by more than 45% from approximately mid-March. The share price is currently stabilising at $31 levels, and we may see a further rise to target the $36 levels, where we will notice the upper limit of a bullish triangle pattern over the time frame of 1 hour.