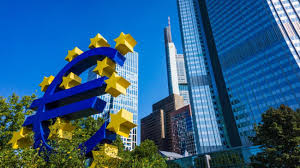 Future of the Euro

In this op-ed Stuart Cole, Head Macro Economist for Equiti Capital provides insights into the European Central Bank’s monetary policy and future value of the Euro.

This article was originally published by Finance Feeds: https://financefeeds.com/future-euro-exclusive-editorial-stuart-cole-head-macro-economist-equiti-capital/

Has the European Central Bank (ECB) put the euro on a path of longer-term recovery in its value?

The European Central Bank Governing Council meeting on 3 February 2022 proved to be a game-changer in terms of where monetary policy and interest rates are now positioned.

Despite policy metrics remaining unchanged, President Christine Lagarde’s performance in the press conference was seen as the signal that the ultra-dovish stance had come to an end, and that the pressure that had been growing in the markets for a policy change had finally been acknowledged.  It was four comments Lagarde made that precipitated this policy shift:

But of significance was what she did not say: that a rate hike in 2022 was unlikely. With the market pre-meeting having already priced in a first interest rate hike by September, some 50-basis points is now seen by end-year followed by a similar move in 2023.

Clearly the ECB is still on a shallower trajectory than the BoE and Fed, but the policy direction of all three central banks is now more closely aligned.  More generally, monetary policy in the developed world finally seems to have shifted away from providing economic support to alleviate the Covid-19 crisis in favour of the more traditional role of fighting inflation.

What could the March European Central Bank meeting deliver?

Largarde’s mention of the potential for the March meeting to deliver a formal reset in policy metrics suggests that an accommodating set of forecasts is likely.

Although the March meeting will not see an actual rise in interest rates, what does seem likely is a faster pace of tapering of the Asset Purchase Programme than announced in December, with the extra purchases planned to offset the ending of the Pandemic Emergency Purchase Programme scrapped and the programme itself possibly ended in Q3 2022.  This would allow the ECB to implement the first interest rate rise later this year.

Any extension being made to the Targeted Long Term Repo Operation (TLTRO), where borrowings are scheduled to start being repaid from Q3 2022 onwards, can also likely now be ruled out too.

Implications for the Euro going forward

February’s meeting has been a game-changer for the euro. As the headwind of negative rates diminishes so the liquidation of this trade will provide a steady source of euro demand.  And as ECB policy slowly tightens so the euro will provide a potential alternative investment channel for those looking to move out of US assets.

Also weighing in the euro’s favour is that support for the US dollar from the Fed may be at its peak, and even starting to decline, as Fed officials attempt to scale back talk of a 50 basis point rate hike in March.

There are significant risks facing the euro too.  The immediate concern is the threat of a Russian invasion of Ukraine, which would likely be negative for the euro.

Second are the lingering concerns over the economic stability of Italy and the potential it still has for triggering renewed disruption in the euro-zone sovereign bond markets.  The spread between German and Italian 10-year bonds has already risen to approximately 153 basis points and has been on gentle widening trend for around one year now.  A big test will come this summer when the ECB’s Targeted Long Term Repo Operation begins to unwind, a facility the Italian banking sector is heavily reliant on.  With borrowing on the wholesale markets still difficult for Italian banks, the offloading of sovereign bonds held on their balance sheets may be necessary to replenish this loss of funds.

Finally, Fed policy remains relatively fluid, meaning the possibility of higher interest rates cannot be totally ruled out, and particularly so given that the Fed has stated that policy settings are data dependent.  While if UK/EU relations deteriorate to the point where a trade war is triggered between the two, then the US dollar may find itself making gains against both currencies.

A brighter outlook for the euro?

But these risks aside, the outlook for the euro is looking brighter this week than it was last week and there is a sense that we may potentially be at the beginning of a longer-term recovery in its value.  Possibly we are even at the start of a rally akin to that of 2020 when EU leaders agreed the Eur750bn Recovery and Resilience Facility.

Stuart has over 25 years of experience in banking and FX.  His former roles include working at the Bank of England in the City of London as an economist in the International Divisions. In this role he prepared briefings for the IMF/World Bank/EBRD on UK policy towards Eastern Europe and the former Soviet Union, working closely with the Governor’s office and colleagues across Whitehall in HM Treasury, the FCO and the MoD. Stuart finished his career in the Bank of England as senior trader in the Bank’s FX division where he ran the cable book for the Bank. He later joined the Bank of Scotland to develop their central bank FX sales desk.  Following the takeover by Lloyds Bank he moved to their money market funding desk where he spent 4/5 years before joining Mizuho Bank as Head of their Financial Institutions Sales Desk. Stuart has a Master of Economics degree from Queen Mary College, University of London and a Bachelor of Economics from the University College of Wales, Aberystwyth, UK.

This material is provided for informational purposes only and does not constitute financial advice, investment advice, trading advice or any other advice or recommendation of any sort offered or endorsed by Equiti Capital. This material is not, and is not intended to be, a “research report”, “investment research” or “independent research” as may be defined in applicable laws and regulations worldwide. Please see the full disclaimer here: https://www.equiticapital.co.uk/media/11057/disclaimer.pdf