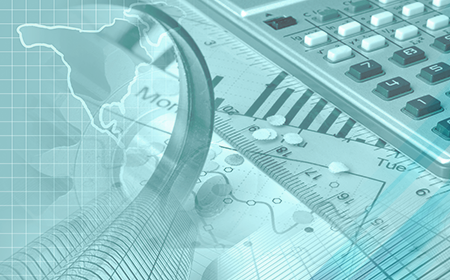 Economic Developments of the Week

Oil prices rose during the week’s trading as concerns rise over the disruption in oil supplies after a ship is stranded in the Suez Canal, one of the largest and most important shipping channels in the world.

The main reason for the rise in oil prices is that the unloading process of that ship could take weeks due to the size of the massive shipping vessel, and thus supplies could be disrupted even further.

The US dollar benefited from the positive comments made by US Fed Chairman Jerome Powell on Tuesday and Wednesday. Powell emphasized that the worst period for the US economy is already over, and that the pace of recovery is likely to begin gradually. Despite the challenges still facing the economy, Powell stresses that the Fed will do all it can to stimulate an economic recovery.

It is also worth noting that the re-imposition of lockdowns by some European countries again to control the rise in infections in the third wave, was a major reason for the high demand for the US dollar compared to the rest of the major currencies.

Positive data in the euro area

The manufacturing sector data in the eurozone showed a remarkable recovery as data released by the Markit Statistics Office indicated, in conjunction with the continued contraction of the services sector.

Despite the improvements, the reinstated lockdowns in several countries in response to the third wave of the pandemic raised concerns over the entire region's economy in the coming period. This caused an increase in the sell transactions of the euro against most of the major currencies, especially against the US dollar – the EURUSD fell to 1.1770.