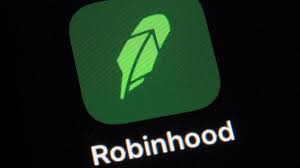 Robinhood IPO: all you need to know

Robinhood Markets rose to prominence in Spring of 2020 as the violent moves lower in global stocks enticed many first-time investors into the markets. The trading app’s zero-fee policy made it particularly popular with millennials, who were keen to plough cash into stocks as markets were under serious pressure thanks to the lockdowns. As the pandemic rumbled on, it became clear that governments and central banks were going to do whatever is required to re-energise their economies, so by April 2020, sentiment was turning around.

For many people who downloaded the Robinhood app, it was their first foray into the financial markets and seeing as buying into the crash paid-off for many, it spawned a new breed of inventors and traders. Those who had a positive experience in trading stocks and other assets largely continued their activities, and that helped Robinhood grow its brand. There were reports of individuals using their furlough pay or stimulus payments to fund their trading, and this demographic typically used Robinhood.

Robinhood Markets IPO price was $38 per share, at the lower end of the $38-$42 range, valuing the stock at $32 billion. Robinhood share price began trading at roughly $35 per share in New York. According to the second quarter update, the company has 22.5 million funded accounts, and keep in mind that over one year ago it had 12 million accounts. The firm predicts that second quarter revenue will be $546 million-$574 million, which would be an enormous increase on the $244 million registered in the same period last year. Even though the firm delivered a profit this time last year, it is tipped to post a loss of between $487 million and $537 million, but that was largely due to the issuance of debt earlier this year. In terms of products, options, stocks and cryptocurrencies account for 38%, 25% and 17% of revenues – the diversification across the assets should lower the risk of the business. Robinhood had to pay $70 million to the regulator, which is a small fee in the grand scheme of things, but regulatory concerns continue to hang over the business.

In the past year there has been a massive rally in stocks, commodities and cryptocurrencies, which translated into a jump in revenue for the likes of Robinhood. Whenever there are stock market rallies it tends to go hand in hand with companies wanting to go public. Coinbase floated in April as it wanted to cash-in on hype surrounding digital currencies. By the time Coinbase began trading on the market, it coincided with Bitcoin’s recent peak. It is worth noting that mining giant Glencore listed in 2011, around the same time metal prices peaked. It could be the viewed that Robinhood’s listing is a forewarning that stocks could be facing a correction.